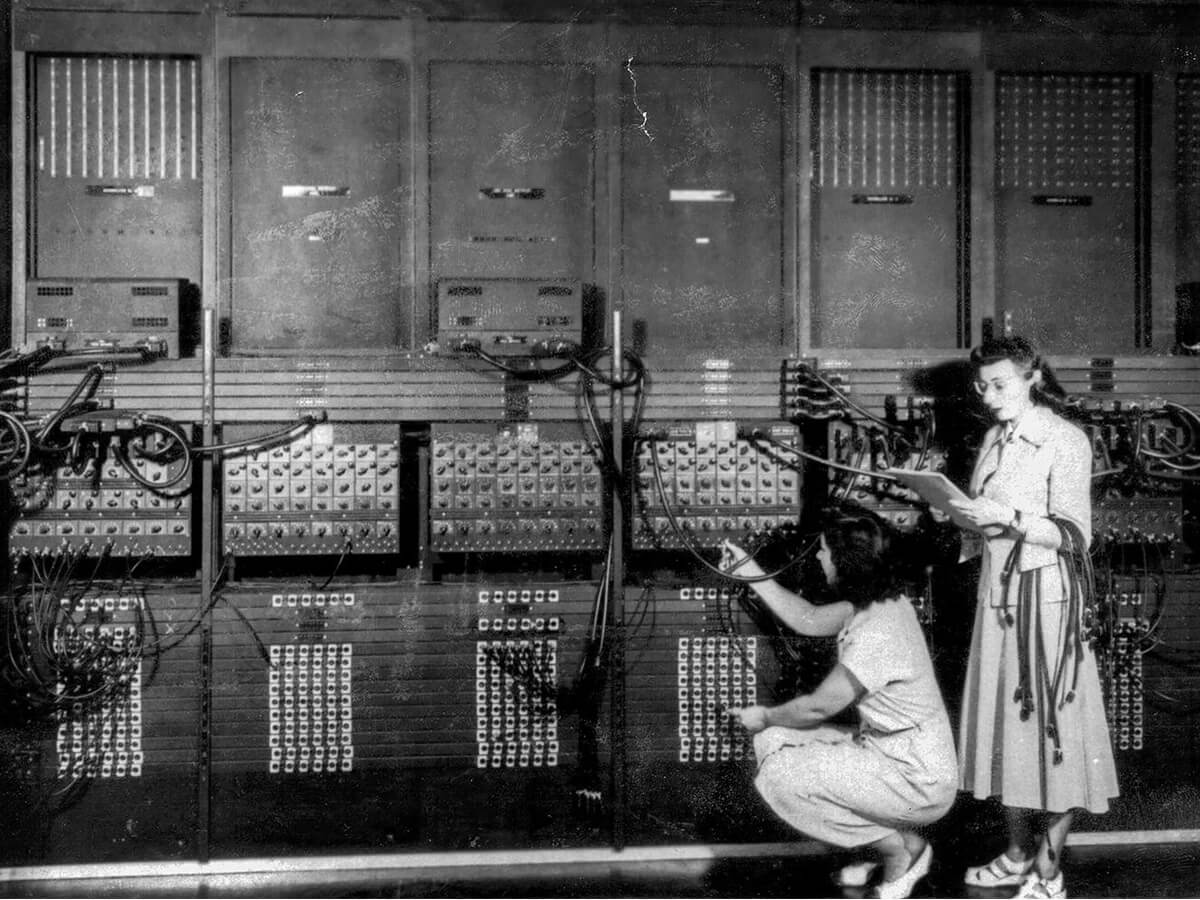 Did you know that if it weren’t for women, technology and the Internet would not exist as we know them today?

In fact, the very first algorithm was developed by Ada Lovelace, for the analytical machine of Charles Babbage. Some programming languages were created by women: Sister Mary Kenneth Keller (BASIC) and Grace Hopper (COBOL), for instance.

Do you know the STP protocol? It’s the one that prevents data loops in networks and the Internet. Well, it was Radia Perlman’s invention. The technology used in mobile phones and Wi-Fi devices is based on the work developed by Hedy Lamarr, an inventor and actress.

We can see that women have great importance in the history of technology. However, it’s still hard to see a lot of women working in the IT area.

The world is evolving constantly and saying that is already a cliché at present times. Technologies help at the workplace, cities develop, but some paradigms and prejudices still persist, deeply rooted in modern society.

By 2019, it’s unacceptable to believe that the market has some concerns yet in accepting women in all activity areas. Differences between salaries for the same functions, the way they are treated – and even underestimated – are some of the obstacles they still face in everyday life.

The truth is that women have contributed more than many men to certain areas, including technology.

To commemorate women’s month and reaffirm their importance for the labor market, we decided to talk a little about the trajectory of women in the IT area, and interview one of our female employees: Danielle Amorim, who has 10-year experience as a programmer, and is working for 2 years and 3 months now for Mercadoe.

We interviewed Ms. Amorim, who works as a programmer for us, to talk about her professional career, and to understand her achievements and the challenges she faces on a daily basis.

ME: Have you ever considered working in another area? When did you discover your vocation to work with technology?

Danielle: The area of technology has always been present at home. My father worked with electronics, two brothers were programmers and another was a web designer. I had to choose a technical college course and I opted for Data Processing. It all began there.

ME: What motivates you most to work in the IT field?

Danielle: To exercise logical reasoning, use creativity to solve problems, and always have something new to learn. Constant challenges make me like the IT area.

ME: What programming languages do you prefer and why?

Danielle: I love working with C#, because it’s the language with which I worked most closely and then it became easier for me.

ME: What are the main challenges you have faced and still face in the area?

Danielle: The main challenges I’ve faced in the area of technology occurred in situations that involved conflict management, such as in cases of stress due to extremely short-term deadlines, or even communication problems among teams. Today, my biggest challenge is learning new technologies that are emerging in the world.

ME: Do you think that are few women in the IT area?

Danielle: Yes, it’s amazing how being a woman and a programmer is cause of surprise these days. At college time, I was one of only three women among 40 men in the classroom.

ME: What are the strengths women have brought to the IT area?

Danielle: Men and women may have the same professional characteristics but, most of the time, women are meticulous, careful and thoughtful.

ME: Have you ever suffered any kind of prejudice, whether in the company, at college or in your family, for choosing to work in this field?

Danielle: Yes, I’ve experienced unpleasant situations, such as when I went to know the college I studied later, and someone said, “Hey, do they have a HR course at this college now?”. Or when sometimes I perceived judgmental looks, as it was strange to be a woman working in an area that was considered a “men-only” one.

ME: Do you think that this prejudice occurs also in selection processes?

Danielle: Yes. In some selection processes, I realized that because I didn’t fit the pattern or I wasn’t the stereotype of a programmer, I lost some points compared to other candidates.

ME: And now? Do you think people’s views have changed a bit or do you feel that there is still some prejudice?

Danielle: This scenario has changed a lot today. Many companies are encouraging female professionals to familiarize with this area. Women-only events and hackathons have already happened, so the female universe can gain prominence in the world of technology.

ME: Do prejudices usually come from men or from women themselves?

Danielle: From both. Prejudice often arises when they confuse a well-groomed woman with futility. It seems they don’t know that it is possible to take care of ourselves and be great professionals at the same time!

ME: Most IT professionals are still men. How is your relationship with them?

Danielle: It’s great to work with the boys too! In most cases, they are serene and helpful; and there are always the “office clowns” (laugh). My relationship with boys has always been of partnership, always striving to respect the space of others.

ME: What is their view of women in the IT area?

Danielle: I think men see the commitment and dedication that women show in the IT area.

ME: What’s your big aspiration in technology?

Danielle: I’m inspired to be the best of myself, with the ambition of trying to always evolve in my area.

Danielle: To reinvent yourself all times and carry out your several tasks with energy, in the same intensity level of your thoughts and emotions.

ME: Could you leave an encouragement message for women who dream to work with IT or in some other area that is still opposing resistance to them?

Danielle: The IT area is expanding and requires people who want to evolve at the same speed as it. What seems to be difficult is sometimes only a first impression of the unknown. If you like challenges, you’ll see how fun is to be a programmer!

Did you like our interview with Ms. Amorim? Leave your impressions in the comments section, and tell us if you had some interesting experiences in your work area.

Want to keep up with the corporate procurement universe? Subscribe to our newsletter and receive always the best content of the B2B market.