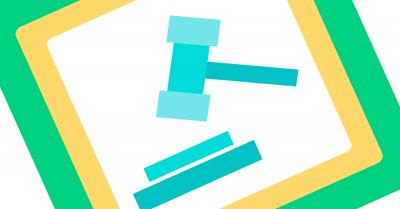 In the market a basic premise in a purchasing department of any company is to carry out quotations with various suppliers before making a purchase. For the purchasing of products and services in large scale, this process is generally laborious and slow as it requires long negotiation processes in an attempt to obtain the best price.

In this context, it is recommendable that the purchase is made using a Reverse Auction to optimize the negotiation process and obtain great savings.

What is a Reverse Auction?

As the name suggests, a Reverse Auction is the opposite of a traditional auction, this meaning, the awarded supplier is the one who bids with the lowest price in a pre-determined time period, normally between 20 minutes and 1 hour.

The Reverse Auction event occurs on an online platform, where the suppliers access a virtual room to bid on the auction. The buyer mediates the bids through an online panel, updated in real time.

Most used models of the Reverse Auction

Considered to be the most competitive of events, the English Auctions compels the suppliers to always bid lower than their competitor. Its main objective is always to obtain the lowest proposal among the participants. Employs a stealth policy where the suppliers involved visualize each bid, however they do not know who gave the offer, until the lowest value possible is obtained.

Considered to be the most embracing, the Dynamic Auction has the aim of capturing the best proposal of each supplier. These will lower the value of the bids, based on the value of the initial quotation, until their limit is reached, causing the decision to not be restricted to the price factor, but also to other conditions imposed during the process of picking the supplier.

Why use a Reverse Auction?

Between the main advantages of carrying out a Reverse Auction for the acquisition of a product or a service is, without a doubt, the reduction of costs that this tool enables, however,  other advantages are also of great value and should be taken into consideration for more competitive and lucrative market strategy.  Verify:

Presenting itself as a decisive factor in hiring the service, the reverse auction varies according to the complexity of each negotiation, making the purchasing process itself more economic for the corporation, which will be able to count on a tool that will stimulate the competitive instinct between suppliers.

It presents a big difference of negotiation time if compared to conventional processes, which take in average, one hour with each supplier to be finalized. Using the Reverse Auction all participants (buyers and suppliers) are gathered in a single event, which are realized in about 20 minutes to 1 hour.

Negotiations are seen within the companies as one of the critical points between processes, these, that nowadays are more attentive and concerned about making more licit acquisitions, knowing that this task is in the majority of cases to complex, can count on a tool that will register all bids and all communications held during the event, providing the buyer with all the information necessary, who will receive a descriptive and audible report on the whole process at the end.

This transparency is also essential to the supplier, which will have total security to place new bids.

The fact that the Reverse Auction is conducted via internet allows the participation of suppliers regardless of their geographical location, expanding the possibilities of suppling also to other countries. Thus, it is important that the Reverse Auction platform offer support in various languages (for example: Portuguese, English and Spanish) besides working with currency like Real, Dollar and Euro.

The Reverse Auction conducted by Mercadoe

With the objective of helping companies buy products and services in large scale and economically, Mercadoe, leader in e-commerce between companies, developed an online Reverse Auction platform and has already accumulated more than 8.000 successful auctions since 2006.

How does it work?

The companies interested in performing a Reverse Auction event can contract only the platform or the complete service, where Mercadoe carries out the preparation activities, conduction and post event.

Through a friendly interface, the Reverse Auction operates with the basic principal of receiving offers and redirecting information to suppliers, that in distinct strategies are stimulated to make new bids until one has reached the buyers expectations.

The service contractor will make available a comparative map of the quotations realized with the suppliers of their preference. Mercadoe team will then analyze that map and suggest to the buyer the best auction type and strategy to be used.

Being that the proposal is approved, the Auction will be configured and Mercadoe will contact the participants to schedule training and guarantee that all are apt to use the tool and carry out bids in an assertive manner.

The negotiations, in average, last 20 minutes to 1 hour, subject to extension if by chance a bid has been made in the final minutes in the process, and thus consequently, until the lowest price possible has been met.

During the event different configurable indicators via platform are employed, information’s about ranking listing the position of each supplier and messages like “you are the best price” or “you are not the best price”, are attributed to the process, as traffic lights with color’s indicating each ones position, all with the goal of stimulating new bids, presenting itself as one of the key points of the auction, that obtains great results by stimulating the competitive instinct between suppliers.

Besides the ranking functionalities, other options are made available so that the suppliers can visualize their positions during the Auction and decide whether or not to give new bids. Configurable indicators such as the opening of objective values, established by the buyer who needs to have a determined reduction of costs for the acquisition of a product or a service, can also be introduced in the system in a way that the suppliers cannot see, but are aware of their position by a traffic light visualization. These indicators will inform if the supplier can or cannot reach the objective value.

It is valid to remind that that service is not open to the market and only the supplier that are previously indicated by the buyers will participate.

Mercadoe has already realized more than 8 thousand Reverse Auctions in various countries, being able to observe discounts of 33%, in average, during negotiations, percentage that, in events in Brazil, have already reached offers of 58%. Only during the last 10 years, R$1,8 billions of saving where calculated for Auction clients.

The table below presents the results of 4 Reverse Auctions realized successfully by Mercadoe.

Technology to save time and optimize negotiation